The joint experimental and theoretical project B2 focuses on open many-body systems with a particular emphasis on strongly interacting systems. A highly controllable physical platform to study systems with inherently open character and strong long-range interactions is comprised by ultracold Rydberg gases. Due to their high polarizability, Rydberg atoms exhibit strong long-range interactions which are accompanied by inherent dissipative processes, such as spontaneous decay, ionization and motional decoherence.  Adding a continous drive, the interplay between long-range interaction and intrinsic dissipation leads to non-trivial spatio-temporal correlations and complex collective phenomena in the non-equilibrium steady-state.

As such, an off-resonantly driven Rydberg system shows so-called facilitation where  the Rydberg interaction leads to cooparatively-enhaned excitation of two or more Rydberg atoms, ultimately leading to the creation of excitation clusters. The competition of the interaction-enhanced drive with the inherent decay of the involved Rydberg states leads to critical behavior reminiscent of the directed percolation problem. Due to additional particle loss, the Rydberg system can self-organize to the critical point. Project B2 aims to investigate the criticality of the system as well as the self-organization process by analyzing the temporal excitation correlations.

Universal behavior emerges, when the details of the underlying microscopic processes are not relevant for the global system dynamics. However, given a specifc process, it is not a priori clear, what renders the system into a situation where these details do not matter any more. Therefore, project B2 aims to study the microscopic processes underlying facilitation. A special emphasis is put on the question how motion and coherence in the microscopic dynamics influence the system dynamics on a larger scale. 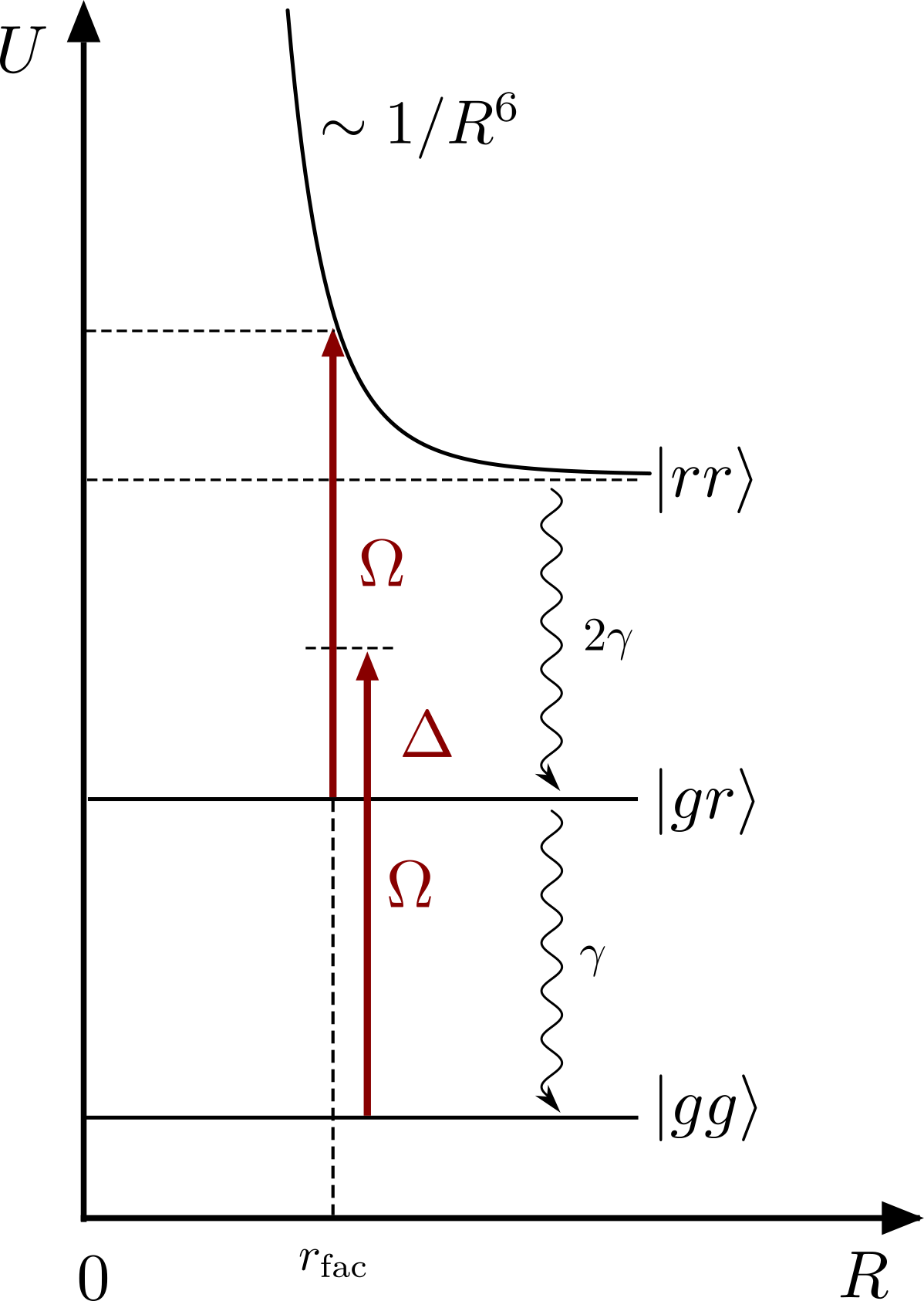 Figure 1: Rydberg Facilitation: For detuned excitation lasers (red arrows) there exists a certain distance, the so-called facilitation radius, at which the Rydberg interaction in the doubly excited state |rr> shifts into resonance with the light field. This allows for efficient excitation in a defined distance rfac from an already existing Rydberg atom. 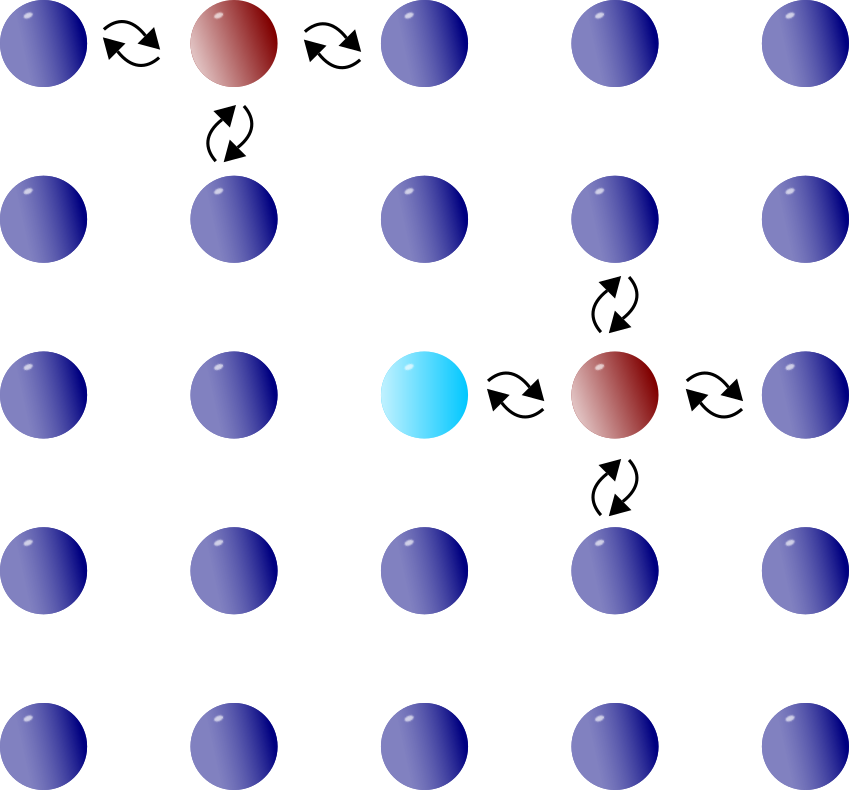