A6: Open-system control of dynamical transitions

A6 research in OSCAR I showed how even small, closed systems can exhibit the irreversible behavior of open systems coupled to reservoirs if the closed systems have the right kinds of nonlinear dynamics. The Project thereby helped clarify which advantages of Open-System Control truly require open systems, and which may actually be achieved within traditional closed-system control. In OSCAR II, Project A6 maintains its previous focus on Bose-Hubbard models as paradigms for general quantum many-body systems. The Project also continues to exploit the specific kinds of nonlinear evolution that were found in OSCAR I to yield attractor-like behavior within small, closed systems. The goal now, however, is to see how coupling to a large reservoir can enhance the attractor behavior that is possible in closed systems, making it more robust and efficient.

In OSCAR II, Project A6 will specifically exploit discoveries in Bose-Hubbard-like systems that were made in the PI’s group but outside the original scope of A6 in OSCAR I, concerning a particular kind of quasi-irreversible, attractor behavior, namely the spontaneous “ignition” of model microscopic engines (“Hamiltonian daemons”). Hamiltonian daemons are dynamical systems which exploit nonlinear resonances to transfer energy steadily and efficiently from high-frequency motion down to much lower frequencies, analogous to the way a combustion engine uses energy from molecular reactions on femtosecond time scales to turn car wheels at only a few thousand RPMs.

These crucial nonlinear resonances only exist within special small regions of phase space or Hilbert space, and so the operation of a Hamiltonian daemon is above all a control task: the system must be brought reliably into the small target region of state space in which the special form of dynamics, with steady energy transfer across frequencies, takes place. Bringing the system into this target region achieves a dynamical transition: a sudden qualitative change in the nature of the system’s time evolution, like the transition that a pendulum can make between swinging back-and-forth and swinging round-and-round, only in this case more complex and also potentially more useful. The central question of A6 in OSCAR II is how coupling a Hamiltonian daemon to a reservoir can achieve more efficient and reliable control over the daemon ignition transition.

Hamiltonian daemons are a potential alternative paradigm to informational ratchets for explaining how molecular motors work inside living cells. Determining whether a thermal and dissipative environment may actually make daemons work better is therefore an important step in assessing how realistic daemons may be as the essential dynamical mechanism for large molecules moving and reacting in the aqueous environment inside a cell. 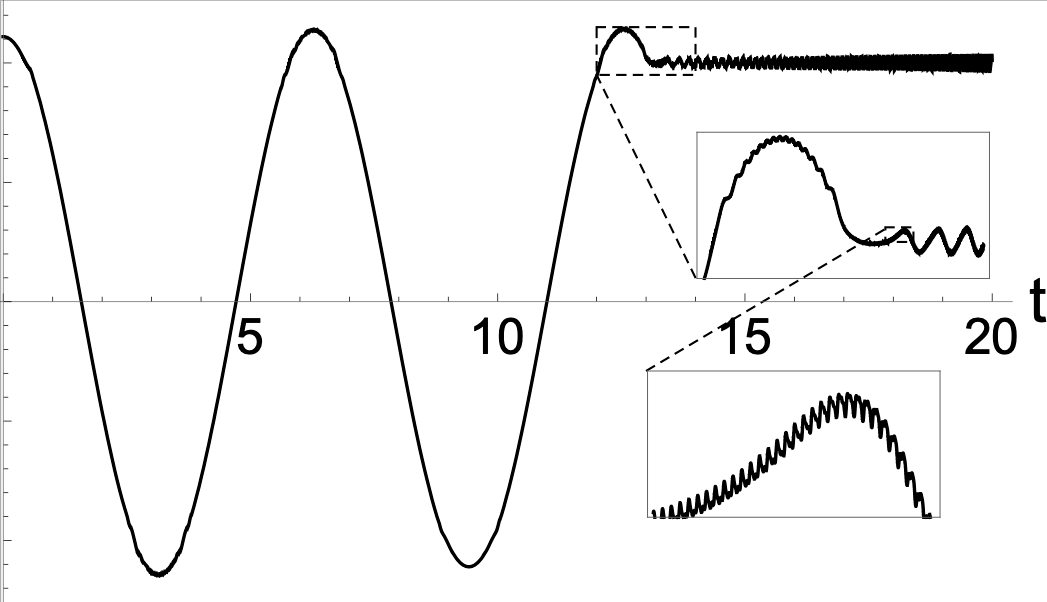